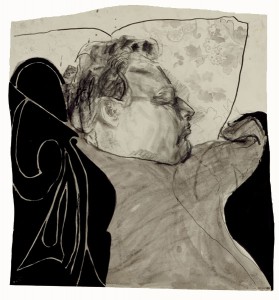 The Dorothy Weiss Gallery, 256 Sutter Street, is known for showing ceramics primarily. Now Weiss has gotten interested in showing two-dimensional work, making a strong beginning with a show of drawings by David Tomb.

Tomb, who recently moved to New York from San Francisco, shows charcoal figure drawings in which the lines behave as if they start out being descriptive but abruptly become ends in themselves, as if TombŌĆÖs attention kept reverting compulsively from model to marks.

Tomb intensifies into a struggle the normal draftsmanly transit of attention between subject and process, and process wins out. And that struggle, not the model, becomes the real subject of his drawings, which are getting increasingly stark.